You are here:
Annual Reports 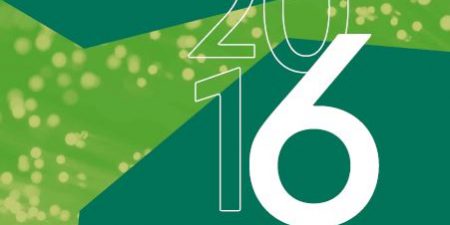 Financial Year 2016 has been a year of change for ACOLA. Along with substantive completion of the Securing Australia’s Future (SAF) program, ACOLA began to turn in a new strategic direction. 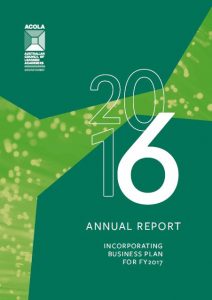 Australia’s four Learned Academies are independent organisations made up of the Nation’s leading experts in the major fields of relevant enquiry. More than 2000 of the nation’s most eminent scientists, researchers, scholars and practitioners contribute to this rich source of expert knowledge.

Throughout the year, ACOLA delivered seven major interdisciplinary research projects under the SAF program. A busy end to the period also saw near finalisation of an additional two reports for launch and dissemination in the near future.
An important additional component of ACOLA’s completion of the SAF program included an overall SAF program review. There were several components to this project, of which one included an external review by Dr Richard Bissell, Executive Director of Public Policy and Global Affairs at the US National Academies in Washington DC. Amongst other findings about ACOLA’s delivery of the SAF program, Dr Bissell’s review appropriately concluded:

“A fundamental tenet …is the interdisciplinary nature of the enterprise. The ability to mobilize first-rate expertise across the science, engineering, social science and humanities communities is quite extraordinary. Indeed, there is no comparable effort outside Australia that has been able to sustain such an integrated structure beyond a one-off study …In that sense, the work of the SAF is not only a unique asset in Australia; it is also a model that academies abroad should watch closely to see whether it can be institutionalized”.

Building on Dr Bissell’s assessment of the program and supporting continuation of ACOLA’s interdisciplinary approach to policy advice, the SAF Program Review also allowed ACOLA to begin mapping out its next strategic plan through to 2020. Development of this new forward looking plan coincided with Dr Alan Finkel’s appointment as Chief Scientist of Australia succeeding Prof Ian Chubb.

Close and continued relations with the Office of the Chief Scientist remain an important platform for ACOLA, and through it for Australia’s four Learned Academies, to apply their intellectual strengths to address questions of major significance to Australia. This includes the Chief Scientist’s co-sponsorship of a new ACOLA project to examine the social, cultural and economic determinants of wide-spread uptake of energy storage technologies in Australia.

The period also saw change within ACOLA’s staffing and governance. That is, in late May 2016, Dr Angus Henderson was appointed as ACOLA’s General Manager. He succeeded, ACOLA’s inaugural General Manager, Dr Jacques de Vos Malan, who departed after some six years in the role and having guided delivery of the SAF program. Other key program staff also departed along with SAF program’s conclusion.

Additionally, in terms of governance, ATSE Chief Executive Officer, Dr Margaret Hartley, served as Chair of the Board during the 2015 calendar year before AAS assumed its role as Chair at the commencement of 2016.
I take this opportunity to thank my colleagues for their diligence and cooperation throughout FY2016.

Request a Briefing
Fill in this form if you would like to meet with us.
Latest Media Releases
Go to Top