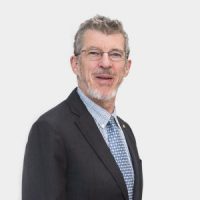 Professor Ian Frazer is a clinician scientist, trained as a clinical immunologist in Scotland.

As a professor at the University of Queensland, he leads a research group working at TRI in Brisbane, Australia on the immunobiology of epithelial cancers. He is recognised as co-inventor of the technology enabling the HPV vaccines, currently used worldwide to help prevent cervical cancer. He heads a biotechnology company, Admedus Vaccines, working on new vaccine technologies, and is a board member of several companies and not for profit organisations.

Professor Frazer was elected the inaugural President of the Australian Academy of Health and Medical Sciences, and a member of the Commonwealth Science Council. Most recently appointed chair of the federal governments Medical Research Future Fund.

He was recognised as Australian of the Year in 2006. He was recipient of the Prime Ministers Prize for Science, and of the Balzan Prize, in 2008, and was elected Fellow of the Royal Society of London in 2012.

He was appointed Companion of the Order of Australia in the Queen’s Birthday Honours list in 2013.

Professor Frazer was a Research Committee Member of the Australian Council of Learned Academies Limited, May 2018 to October 2019.