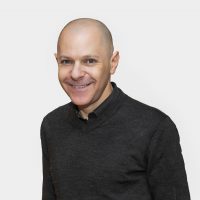 Professor Neil Levy is Professor of Philosophy at Macquarie University, as well as a Senior Research Fellow at the Uehiro Centre for Practical Ethics, University of Oxford.

Before coming to Macquarie, he was Head of Neuroethics at the Florey Institute of Neuroscience and Mental Health. He works, or has worked, in many different areas of philosophy, ranging from continental philosophy through to applied ethics and philosophy of mind. His work has a special focus on the implications of the sciences of mind for ethics and for human agency. He has published more than 200 articles and book chapters, as well as 7 books with major presses. As well as publishing in philosophy, his work has appeared in high-profile medical and cognitive-science journals. His most recent book is Consciousness and Moral Responsibility (Oxford University Press, 2014). In 2009, he was awarded the Australia Museum Eureka Award for Research in Ethics.