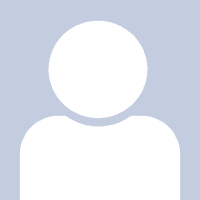 Professor John Mattick is the Director of the Garvan Institute of Medical Research.

He is internationally known for pioneering a new view of the information content of the human genome; specifically that, rather than being largely ‘junk’, it encodes an extensive and malleable RNA regulatory system that guides the epigenetic processes of development and cognition.

Professor Mattick’s honours and awards include the inaugural Gutenberg Professorship of the University of Strasbourg, the Order of Australia and Australian Government Centenary Medal, Honorary Fellowship of the RCPA, the International Union of Biochemistry and Molecular Biology Medal, the Human Genome Organisation Chen Award for Distinguished Achievement in Human Genetic and Genomic Research, and the University of Texas MD Anderson Cancer Center Bertner Memorial Award for Distinguished Contributions to Cancer Research, previous winners of which include several Nobel Prize winners and other pioneers of molecular biology.

Professor Mattick was recently named by the NHMRC as the one of the all-time high achievers in Australian health and medical research.

He has overseen the development of the Garvan Institute into one of the largest centres for human genome sequencing and analytics in the world, including new software for the automated conversion of unstructured text in electronic health records into machine-readable ontologies, together with the establishment of one of the world’s first clinical genomics companies, Genome.One.